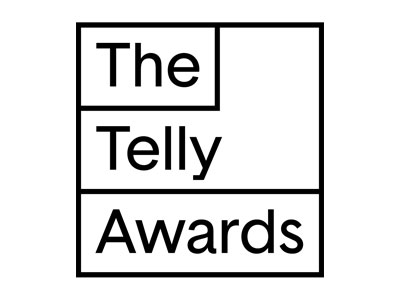 In the NewsPress Releases 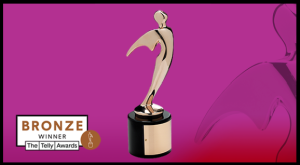 The annual Telly Awards honor excellence in video and television across all screens. With 12,000 entries from all 50 states and five continents, these award winners represent work from some of the most respected television stations, production companies, advertising agencies, and publishers worldwide.  The Telly Awards recognize work created on behalf of a client, self-directed as a creative endeavor, or for a specific brand and/or company.

They were founded in 1979 to honor excellence in local, regional, and cable television commercials, adding non-broadcast video and programming soon after. With the increase in digital video, the Telly Awards also reflects and celebrates this new era of the moving image on and offline.

The 42ndrd Annually Telly Awards celebrates a reemergence of our industry equipped with new tools and a new point of view on a transformed world.

The Telly Awards are judged by members of the Telly Awards Judging Council.  This council is comprised of 200+   individuals working in the industry and who have previously won Telly Awards highest accolade.  They also have demonstrated expertise in the fields in which they are judging.  Winners are selected for recognition based on excellence in the following areas: branded content, commercials & marketing, immersive & mixed reality, non-broadcast, series/shows/segments, and social video.

It is with honor to announce that Dragon Horse Agency has won the following Telly Awards:

Blog
DHA in the News
Media
Careers
Services
Our Work

Dragon Horse was founded in 2015, headquartered in Naples, FL, with offices in Santa Monica, CA, is a multi-award-winning business marketing leader offering services designed to achieve clients’ goals. Dragon Horse is the next generation creative syndicate, a marketing and business strategy agency, combining synergies of in-depth skill sets in one integrated, comprehensive solution for business success.